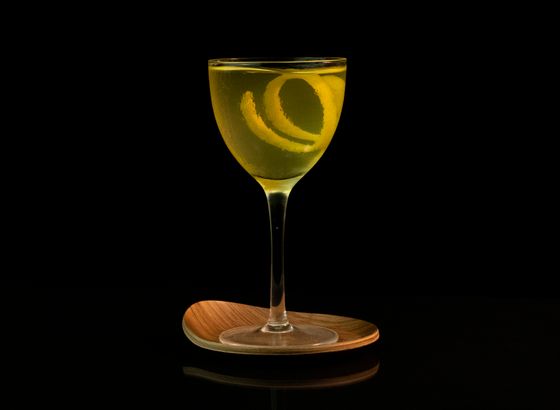 A drink most famous for the fictional character who drank it 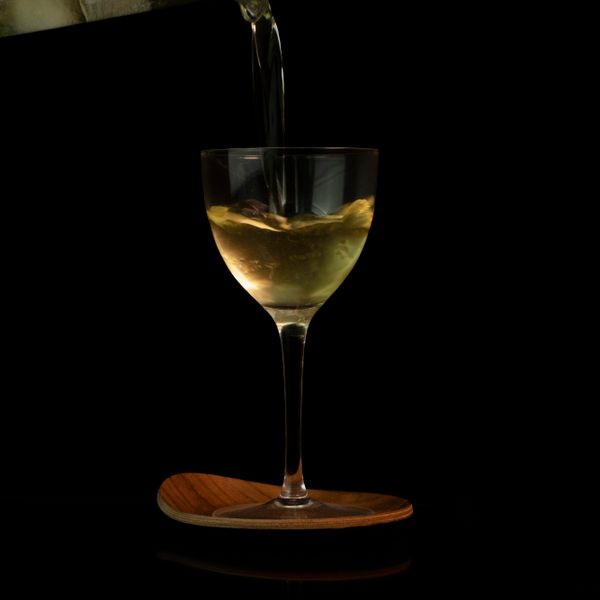 Drink recipes often come from interesting sources. We’ve covered cocktails imagined by American sports column writers living in occupied Europe, surly authors promoting their latest fiction, and cocktail luminaries improvising over picky gallery owner’s furniture restrictions. The common thread amidst these three examples is the profession of their creator, so it should come as no surprise that the drink printed here not only comes from unusual circumstances, but was also invented by a writer. In his 1953 book Casino Royale, Ian Fleming needed a drink for his new character—a suave spy named James Bond—to request during an exchange with a bartender. What is funny about this progression is not that an author invented a drink, but that Bond spells the drink out line by line to the bartender in the dialogue. This wouldn’t have been uncommon during the time period, as many bar patrons of the era would explain exactly what they wanted, but Fleming's decision to print the recipe verbatim had an interesting and interactive effect: fans of the series could actually make the drink their favorite character liked, and this act of engagement has perpetuated and popularized this vesper far beyond what Fleming likely imagined.

It is important to note that Fleming was not some kind of cocktail genius. In fact, the vesper—when made as printed—tastes a lot like a martini riff invented by an author at home on a Thursday evening. It is a decent drink, but nothing to write home about. It might remind some of an Alaska, but not nearly as good. The most memorable thing about the original vesper is the drinks size, which clocks in at a whopping four ounces of base spirit: enough booze to rival the tall drinks American tiki bars were dispensing during the same decade. The fact that Fleming’s recipe didn’t cause mouth fireworks wasn’t a huge surprise to us, but if you are a bit dismayed by this result, as we were, then fear not and read on.

After experimenting a decent amount with the Vesper, we came to the recipe printed here, which is something we found to be quite memorable and good. First, we reduced the drink down to more reasonable proportions. This shouldn’t be too controversial: Bond was in a hurry when he ordered his vesper, so we can assume the proportions fit the purpose and that hopefully Bond won’t strap explosives to the bottom of our helicopter for changing it. The second alteration is the one Bond—and many of the drink’s fans—might not think kindly of. We tried this drink with and without vodka, and feel it is emphatically better without. We love mixed-base drinks, but vodka simply doesn’t add anything to the recipe other than distracting wafts of paint thinner. If you must have vodka in this drink, the ratio is 3:1, so a little calculator action will undoubtedly get you there. The true star of this drink is Kina Lillet, an extinct ingredient and the key to the recipe. We recommend Tempus Fugit’s Kina L'Aéro d'Or, a delightful revival created by the undeniable champions of historical spirit reviving. While we haven’t tried it, the Haus Alpenz offering Bonal Gentiane-Quina could work as a backup. We liked this drink with a full ounce of Kina too, but felt the amount printed here yielded something that embodied the spirit of the drink. That said, if you would like to experience the Kina more, a full ounce tastes pretty good. Our final recommendation—one that will definitely get explosives strapped to the bottom of our helicopter—is that like all variations on the Martini, we recommend to stir, and never shake.