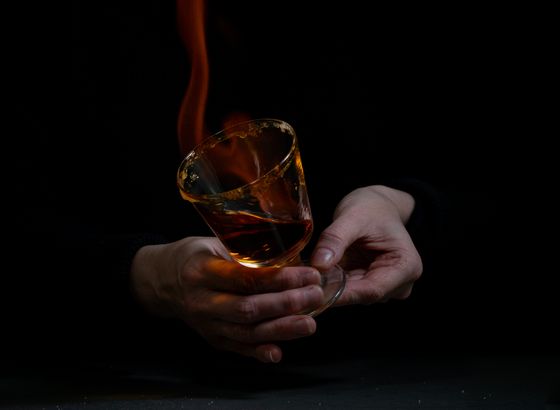 A Portland original carrying a fascinating backstory and stylish preparation 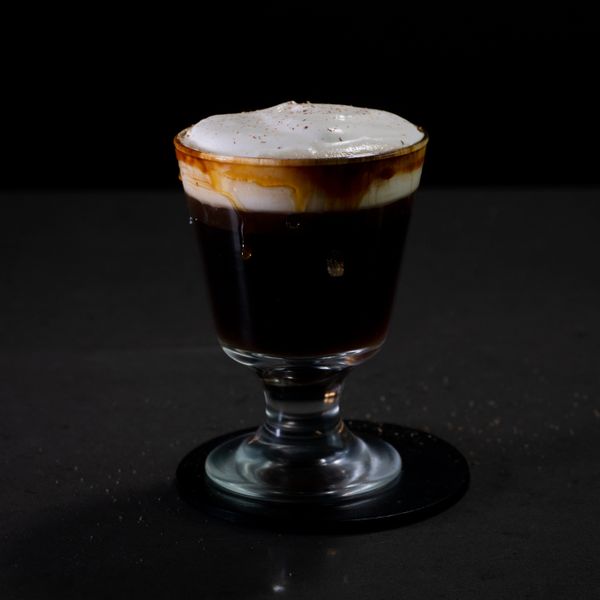 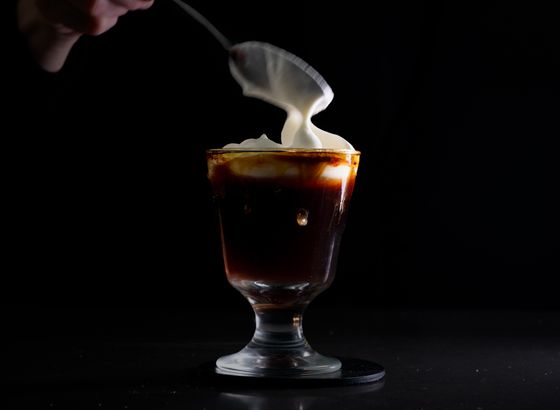 Spanish Coffee has a complicated history. The drink is very loosely based on a traditional Spanish Carajillo, which roughly resembles a shot of brandy or rum with espresso on top. This morning drink made its way to Mexico along with “members and descendants of the Spanish diaspora”, as Michael Snyder puts it in his excellent (and much needed) history of the drink for Punch Magazine, where it was served with “elaborate, formal lunches in places like the 155-year-old Casino Español.” From there, the recipe remained somewhat esoteric until the 2000’s, when it evolved into a sugary-sweet party drink favored by Mexico City youth as an alternative to alcohol-laced energy drinks.

Meanwhile, 100 years earlier and nearly six-thousand miles away, a man named Frank Huber hired Jim Louie, a Chinese-born immigrant, to do the cooking at his new restaurant named Huber’s. Following Huber’s death in 1912, Louie took over the restaurant and managed it for the next thirty-four years until 1946, when he died quickly in a restaurant booth after a normal shift. By the 1970s Louie's grandnephew James joined the team. James was inspired by a cocktail served at the Fernwood Inn in nearby Milwaukie, Oregon. The Fernwood Inn was in turn inspired by a popular coffee drink in Mexico and—well—hopefully you can see where this is all going. James crafted what became the iconic drink of the restaurant and arguably the city, a drink that is also featured here. It is difficult to track down how or why the drink made the long jump from Mexico to the Fernwood Inn, and which version of the Carajillo the Fernwood bartender’s took inspiration from. In fact, even the notion that Fernwood took inspiration from Mexico seems to be mostly hearsay, but this is cocktail history after all, and we take what we can get.

The original Huber’s Spanish coffee uses 151 proof rum to caramelize sugar encrusted to the rim of the glass. This creates a dazzling preparation and an unforgettable drip effect on the glass. It might be tempting to not start the fire, but we highly recommend it. At first, It might not appear to be aflame, but double check, hit the sugar with it and you’ll know quickly if your suspicions are founded. Once you have a visible flame, slowly spin the glass to caramelize all of the sugar. Our recipe is based on one printed in Jefferey Morganthaler’s The Bar Book, which appears to be only a quarter-ounce of orange liqueur away from the official recipe. Both recipes call for 151 proof rum, but alcohol can ignite at any proof above 100, so we opted for 114-proof Hamilton Navy strength instead. The caramel flavors from this rum matched the aromas from the caramelized sugars perfectly, although the lighting and burning process seemed to be a touch slow. Huber’s bar uses Kahlua in this drink; in fact they claim to be the “largest user of Kahlua in the U.S. by an independent restaurant”. Kahlua is fine, though we personally prefer Mr. Black. Avoid cheap orange liqueurs if you can, and please don’t use canned whipped cream unless you are challenged to make this drink with one hand behind your back, in which case we will permit it but only once.