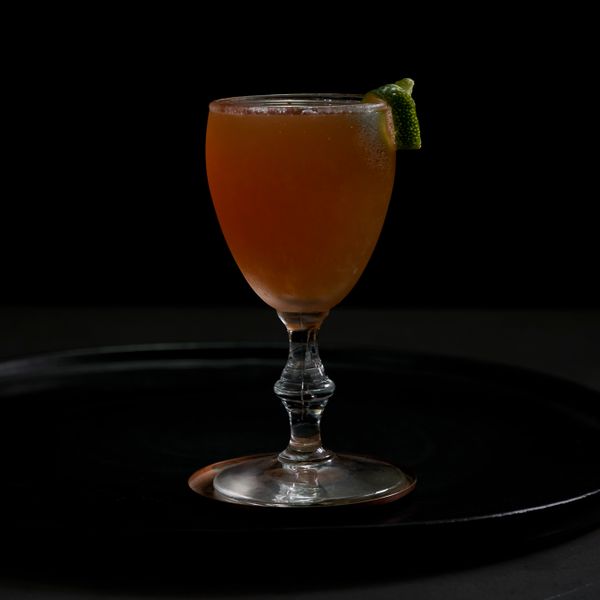 The doctor cocktail first came to our attention courtesy of the classic Vintage Spirits and Forgotten Cocktails, of which it is one of several great recipes that include Swedish Punsch. Contrary to the easy assumption, the name doctor does not come from the book’s author, Ted “Dr. Cocktail” Haigh. Like most of the recipes in his book, this one is a revived antique: a recipe that combines Swedish Punsch and lime under the name doctor is traceable back to 1917 in Hugo Esslin’s Recipes for Mixed Drinks. Like many drinks from this time, the doctor had variations which are sprinkled throughout different books of the era and are sometimes differentiated with numbers: doctor No.1, doctor No.2, et al. Haigh bothers with no such formalities, and instead recommends his favorite variation: a 2:1:1 combination of rum, punsch, and lime.

The doctor cocktail has a particular demographic: lovers of funk. This strange scent—hogo as it is sometimes called—is common in both Jamaican rum and Swedish Punsch. The latter acquires it’s funk from a base of Batavia Arrack, which is made from Indonesian red rice and has a notably intense flavor profile. This combination of funky flavors makes for a short, strong entry into the proto-tiki family that can cozy up with many different seasons and moods. Like other drinks of this ilk, such as the palmetto and el presidente, the doctor is versatile, easy to make, and endlessly drinkable. Give it a shot when you are feeling something short and funky, or when you are inclined to experiment with Swedish Punsch.

If you want to explore something more balanced, consider opting for a lighter rum with a moderately funky profile, such as Plantation 3-star light or Foursquare Probitas. If you are ready to opt-in fully to the funk, then reach for something like Hamilton pot still or Smith and Cross. For Swedish Punsch, the most common choice is Kronan, and it is also the easiest to find. While there are undoubtedly other varieties to experiment with, we’ve yet to try anything else in this cocktail.