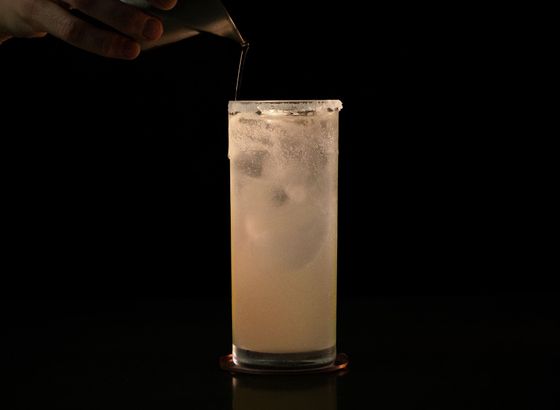 In its traditional form, the Paloma is not a cocktail worthy of a recipe. This isn’t a negation of the drink’s boozy merits. It’s simply that anything—be it greyhound, Moscow mule, or otherwise—that calls for a base spirit topped with soda can be easily communicated and internalized without the need for written history’s ever turning pages. If you would like to make a Paloma the way a bartender at a local haunt would make one, then be our guest: put some tequila in a glass, fill it with ice, top with grapefruit soda—preferably Squirt—and squeeze in a bit of lime. Mmmmm. Delicious.

The history of the Paloma is foggy, as would be expected for a drink so charmingly simple. That said, it does not come with zero paper trail, and recently said trail has become clearer thanks to findings from several cocktail historians. An article on the always excellent Alcademics gathers research from several notable figures, along with the author’s own findings. It links the history of the drink closely to advertising campaigns from the Squirt soda company and finds little evidence that the cocktail was made before the production and distribution of the soda. Appropriately, it appears likely that the Paloma was not a boozy eureka in a nameless Oaxaca bar, but a manufactured 50’s on-the-box recipe coined by a popular American soda company. We would cue the trombone noise but again—it’s soda and alcohol—what did anyone expect?

The recipe printed here attempts to take the spirit of the drink a little further, funneling the original’s timeless flavor combinations into the body of a fresh fruit highball. It was inspired by a recipe we found in the book Cocktail Codex. The Cocktail Codex recipe includes a second recipe for homemade grapefruit soda, which might be interesting to bartenders, but sounded like a bucketload of work to us. We reached a point of sparkling satisfaction by combining fresh lime and grapefruit juice, a little bubbly water, and some pamplemousse liqueur. The resulting drink is dry, slightly bitter, and absolutely refreshing. Break this recipe out for rooftop soireées and lazy evenings on the porch. It might take a little more work than cracking a Squirt, but the dividends are emphatic.