An ancient rummy blend dating back to the 18th century 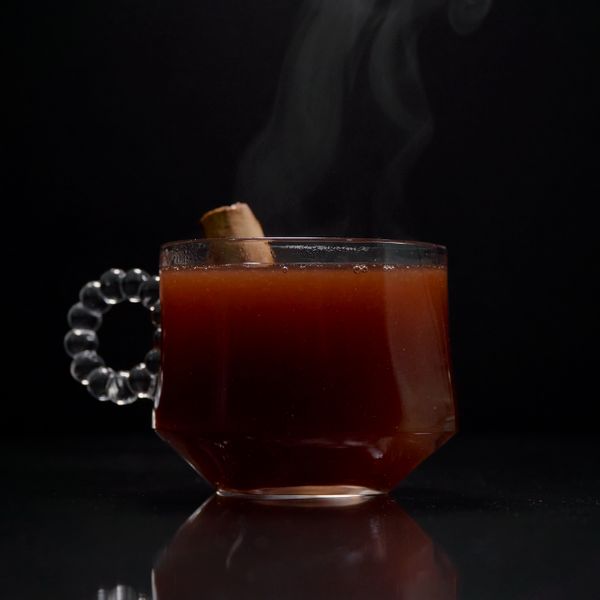 Colonel Francis Negus was an English military officer, courtier, and politician who reputedly invented his namesake drink sometime prior to his death in 1732. His Negus punch was one of the most popular punches of the Georgian Era (think Jane Austen) and a standard at Regency balls. Similar to a mulled wine or grog, a traditional Negus consists of wine (often port or sherry), citrus, sugar and nutmeg, all thinned with a little hot water, though some variations are a bit fancier. Here you find one such variation, which we borrow from the pages of The Dead Rabbit Drinks Manual, a recipe which they state was inspired by Cooling Cups and Dainty Drinks of 1869. This early British cocktail publication includes a few recipes for Negus, including one Excellent Negus which calls for the rather obscure ingredient: ambergris extract. This rare (i.e. expensive), odorous maritime substance is a natural byproduct of the sperm whale’s cephalopod based diet, found floating on the sea or washed up on coastlines. While most commonly associated with perfumery, ambergris has apparently been used in food and drink for centuries, but it’s not something any of us are likely to get our hands on and frankly, we’d pass anyways.

Dead Rabbit ‘s adaptation foregoes the divisive and nearly inaccessible ambergris; instead it employs the much more common vanilla, plus an added splash of Cognac. For a warm alcoholic beverage, we found this drink to be surprisingly smooth. Fruity wine and spice are always complementary, and the nuttiness of Cognac and sherry lend a richness that places it in a class above the likes of a hot toddy, which can lean a bit watery. The nose is full of nutmeg and raisin, like a complex brandy. Spice and citrus are first on the sip, followed by a rich raisiny flavor from the cognac and wine. The result is surprisingly non acidic considering how much lemon is included. It may sound like a stretch but it’s rather like a cold weather tiki drink with its spice and citrus, and thick texture, almost akin to a corn and oil or test pilot. This drink is sure to impress a literary drinker, particularly the anglophile, but for any imbiber, it’s ideally suited to cold weather and makes a great après-ski option, or any time you need a more sophisticated warm drink.

Feel free to get creative with the garnish; an additional hit of bright citrus is nice for perking up the flavor and aesthetic. Cognac or another brandy are both good options here, the latter often being the more economical choice. Dead Rabbit’s spin calls for oloroso sherry, but port was often used historically, and we think madeira would likely be nice as well. In the Victorian era's Mrs. Beeton's Book of Household Management, the author provided some guidance: “The wine need not be very old or expensive for the purpose, a new fruity wine answering very well for it." The first time we made this drink we used port and found the look to be rather lacking. When we switched to the recommended sherry, the color improved dramatically. Don’t skip the step of straining the mix before pouring, otherwise there is an unsightly amount of sediment on top, which is not something you’d want to present to anyone. The drink is commonly served warm, although apparently cold is also an option.